Over the last month several people have commented to me how wonderful it is to have Christmas with a child.  They often tell me to enjoy the magic of the experience, because this is the time when it’s especially magical for children.  I follow a few parenting groups online and I watched people talk about how to make this time especially magical for their children and then worry about losing the  magic.  I found myself wondering when we became so obsessed with having a magical Christmas.  I don’t remember that from my childhood. I remember the excitement and the anticipation, but I don’t recall people talking about magic. I have seen it in the Christmas cards as well.  Instead of religious language referencing Jesus,  cards will say something like, “Enjoy the magic of the season.” I suppose we could blame it on the secularization of Christmas.  But how weird is it that in order to secularize Christmas we have to give it magical powers?

When I was much younger I was curious about astrology and psychics.  I went to a couple psychics and palm readers in high school and college.  For some reason I always felt drawn to these people. I know some people think it’s a sin.  I think it is only dangerous when people actually live their life according to what a psychic advises. I was never sure what to believe as they were never very helpful.  I guess I was so desperate for answers at that time in my life, I would try anything.  Obviously if Jesus was sitting at a table somewhere, I would have preferred to ask him the questions, but he was not.  I had to rely on my own ability to discern God’s answers to my questions, and as we all know, that is not very easy.

I guess that was what I was looking for, something as tangible as a palm reader, but still magical in some way.  I was looking for the manifestation of magic, or really—the divine.  We are starved for those things when we grow up and enter the so called real world.  That is why books like Harry Potter and Lord of the Rings are so popular.  Yet where we fail to look is in the one story that we all know so well, the life of Jesus.

One place where we can really see the miraculous is in the story of the wise men. There are many theories about the wise men.  Sometimes they are referred to as wise men, sometimes as kings.  The Greek word that was translated to wise men is magi.  It has many translations, but one of the most accurate is an astrologist.  Today, astrologers are not seen as extremely significant, but in this day, they were the wise and insightful people.  They were the philosophers, scientists and poets.  They were also very spiritual and adhered to another religion, Zorastrianism which was an ancient religion from the area which is now Iran.  The unique thing about this religion was its belief in one God (monotheism).  At this time, it was primarily the Hebrew people who believed in one god, so the fact that these magi coming from a far off place and believed in one true god is significant.  Knowing this, it makes more sense that these magi knew what they were looking for.  They were looking for the one true God.

Zorastrians believed that a star could be a counterpart or an angel to a great man.  Thus, each great man would receive a star at his birth.  This was a pretty common belief at the time.  So when news of a traveling star reached Herod, even he knew that this was no ordinary star, no ordinary child.  People have been trying to make sense of this star for many many years.  Some say it was Jupiter and Saturn because they were in close alignment at the time and therefore would create a bright light that would only be present for a short time.  Some say it was Hailey’s comet which passed through that region in 12 AD. 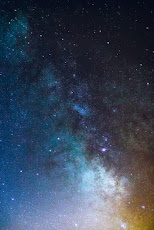 While all these theories are interesting, I think the people who try to identify the star are missing the point.  If this indeed was the Star of David that had been prophesied in the Old Testament and if this star led the magi to the exact location of Jesus, do you really think there should be some rational explanation for that?  It’s the birth of God.  Isn’t that enough of an explanation?  You want to talk about magic, there it is.  There are so many things that are magical about the birth of Jesus.  Yet, it’s not just magical when we are talking about God, it’s miraculous.  Why do we have to explain it all?  Why do we need to come up with simple/rational answers for a mystery?  Doesn’t Jesus deserve more than that?  Don’t we deserve more than that?  We would not have to look for magic in other places if we could stop removing the magic and miracles from the greatest story ever told.

Perhaps these card makers are also desperate for magic, or know that all of us are.  Maybe that is why the story of the wise men is such a popular one.  We can identify with their search, their longing.  I have often wished that I were so bold as to follow a star.  I wish that I were not so desperate for easy answers, and so ashamed to admit it.   These wise men followed stars and their dreams.  They were able to see God in more than just scripture, more than just words—which is something that I think we as Episcopalians sometimes lose sight of.

We love our books. We love the beautiful prayers, and as someone who considers herself a lover of the written word and a bit of a snob, I get that.  Yet what the Episcopal Church (and others like it) try to capture in our liturgy (which is the way the service is put together) is some of the mystery of God’s presence with us. Because in the end, words cannot capture the miracle of God in the flesh.  Nothing can.  But what we try to do in our worship is share glimpses of the miracle, glimpses of the divine.

And so my wish for you is that you too can have the courage to search for God in both unexpected and expected places.  I pray that when you find that guiding light, that you hold on to it with everything you have, and follow it no matter how difficult the terrain may be—no matter how evasive  the divine might feel. Because I promise, if you look for it, you will find it.