Our mission statement at St. John’s is: “To live in the Spirit of Christ.” What this means for us right now is that we are trying to follow God’s call for us. We are trying to live into that call every day.

St. John’s Church is the oldest English-speaking parish in America, founded in 1610. That means that we have been meeting as a worshipping congregation for over 400 years. We are looking toward the future as we change with every new person. We would love for you to be part of this vibrant community of people who continue to aspire, perspire and inspire. 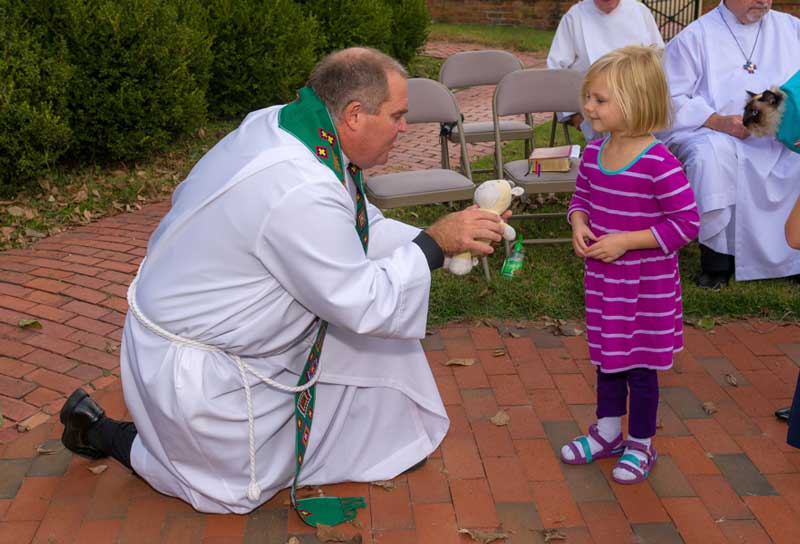 From our beginnings with English settlers in 1610 to our current journey over 400 years later, St. John’s has an exciting story. Find out more and come join the adventure. Read More

“We Episcopalians believe in a loving, liberating, and life-giving God: Father, Son, and Holy Spirit. As constituent members of the Anglican Communion in the United States, we are descendants of and partners with the Church of England and the Scottish Episcopal Church, and are part of the third largest group of Christians in the world.” Read More

We know you may have questions if you’re new to St. John’s or new to the Episcopal tradition. We’ve created a space to help answer some of your questions. Read More 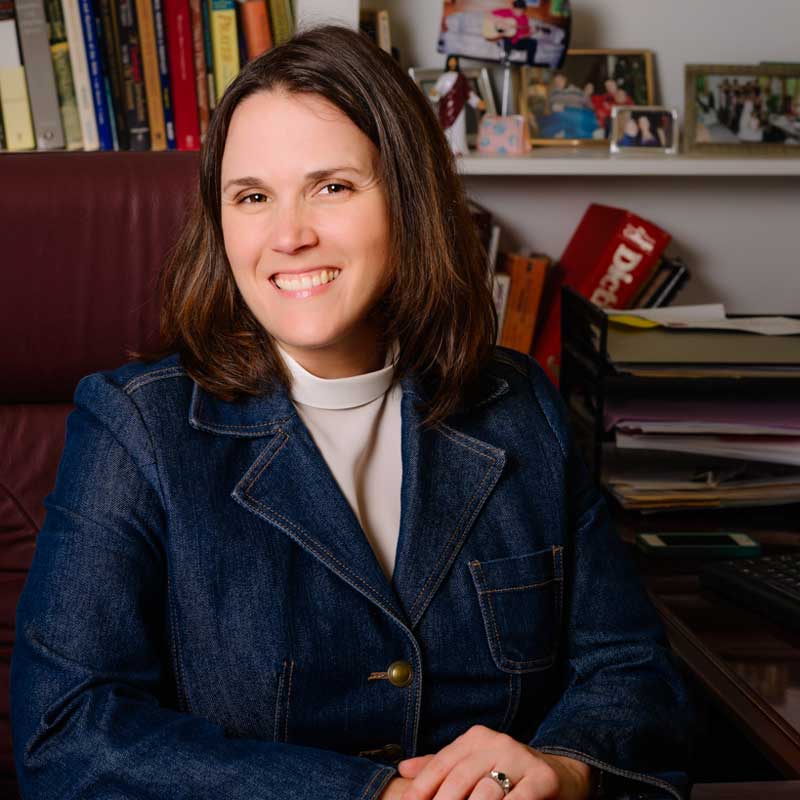 Samantha Vincent-Alexander was called as the rector of St. John’s in October of 2013. Before coming to St. John’s, she served as an associate at Ascension Church in Norfolk Virginia for eight years. Samantha received her Masters of Divinity at Princeton Theological Seminary and her Diploma of Anglican Studies at Virginia Theological Seminary. Her great passion is preaching, teaching and getting to know the people in her parish and community. She is continually amazed by the people who call St. John’s their home and has learned a great deal from them. Samantha has also been active in the ministry of the diocese and the national church, serving on and leading various commissions as well as serving as a deputy for General Convention in 2012, 2015, and 2018. When she is not absorbed in ministry, she is spending time with her husband who serves as a rector in Virginia Beach and her young son who is stubborn, but adorable. She is certified to teach yoga, and hopes to find some time do that at some point in her life. 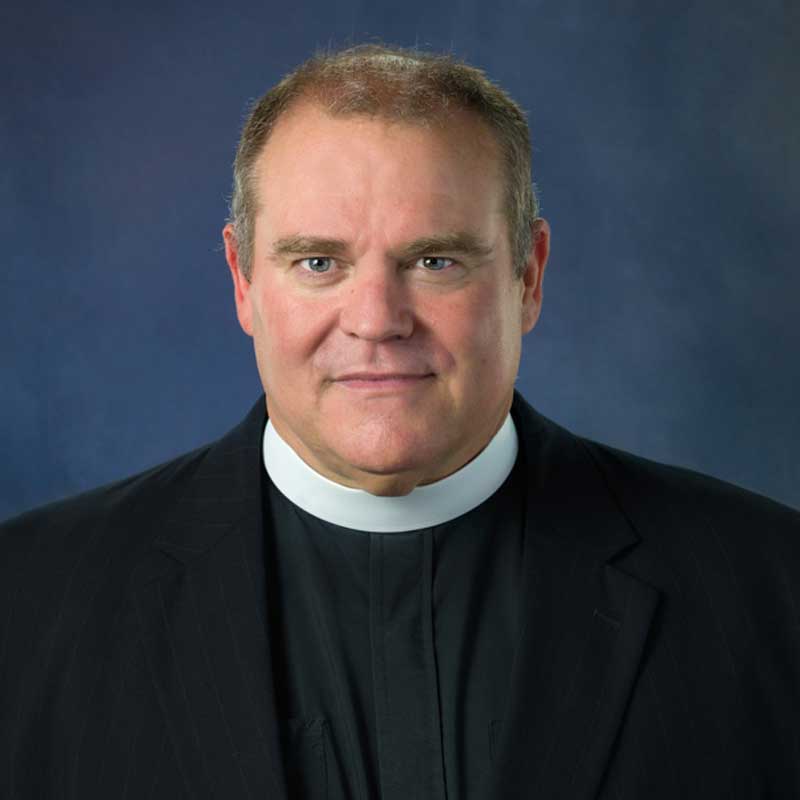 I am a lifelong Episcopalian and native of Baltimore, MD who first felt a calling to the priesthood at a young age while serving in the choir at Old St. Paul’s Church in Baltimore. After graduation from St. Paul’s school for boys in Baltimore, and completing my undergraduate degree at Western Maryland College (now McDaniel) I began a career in sales, with territories that took me to almost half of the United States.

In 2004 I moved to Hampton Roads to be closer to Laura, and in 2006 my lovely wife Laura and I were married. After a period of personal discernment and the strong support of my wife, I left a twenty year sales career to pursue formal discernment to ordained ministry. I returned to school in 2012 and completed my Masters of Divinity at Virginia Theological Seminary in May of 2015. I was ordained to the diaconate in June of 2015 and ordained to the priesthood in April, 2016. In my spare time, I enjoy time at the beach with Laura and our dog, woodworking, tennis and learning the Irish sport of Hurling.

Deborah L. Carr has been the Music Director/Organist at St John’s Episcopal Church since 2011. She holds degrees in organ performance, church music and choral conducting from the University of Cincinnati College-Conservatory of Music and Westminster Choir College. In addition to her work with worship and musical programs at St John’s, she is a member of the adjunct faculty at Virginia Wesleyan University ,Virginia Beach, teaching organ and church music, and is the founding director of the women’s vocal ensemble Bellissima! Deborah is also an accomplished composer of music for voice as well as instruments. 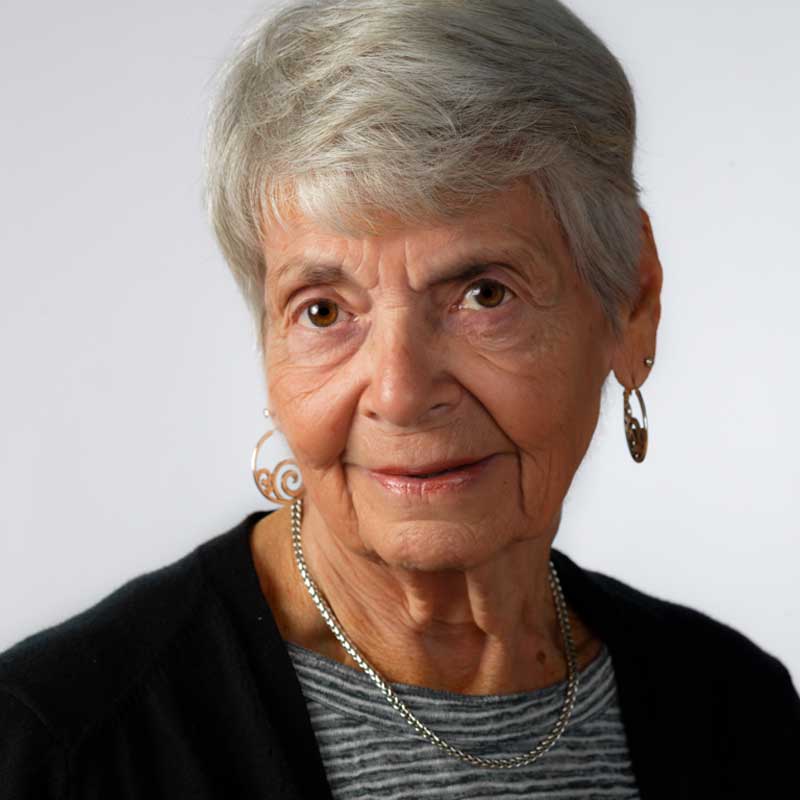 Born into a military family and widow of a Career Army Officer, I have enjoyed a life rich in travel experience and an opportunity to reside in several foreign countries. I have been permanently located on the Peninsula for the past 40 years. Retiring from Colonial Williamsburg after 17 years, I worked at St. Mark’s Episcopal Church in Hampton as parch secretary and have always been involved in parish and diocesan activities. I served as rector and team member of Cursillo weekends, led women’s quiet days, completed 4 years of EFM and served as mentor for over 8 years. I have had 2 years of training as a Spiritual Director and presently see people seeking Spiritual Direction. I am mother of four children; delight in my four adult grandchildren, and happily serve on staff of St. John’s Church as a Lay Pastor Associate.